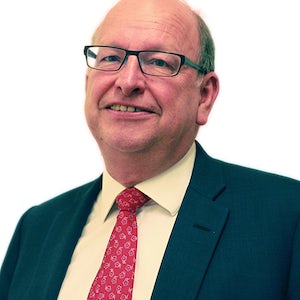 2020 will be forever remembered as the year of the virus with the fastest and deepest recession the world has ever seen. A year in which investors have been challenged with unprecedented forces, where medical data was more influential than economic data and a closely fought US presidential election was overshadowed by vaccine trial results. Above and beyond all of these has been the terrible human cost in terms lives lost or damaged.

The year began rather quietly. Economic data releases around the world in January were solid if unspectacular. There was much talk of recession in the US over the holiday period but there was no real evidence in the data or from company reports. In the UK, a mini housing boom was developing, following Boris Johnson’s stunning electoral victory and the successful passage of the Brexit Withdrawal Agreement. Chinese economic data were solid and even Europe seemed to be growing steadily. Despite worrying tensions between the US and China, markets were relatively calm. 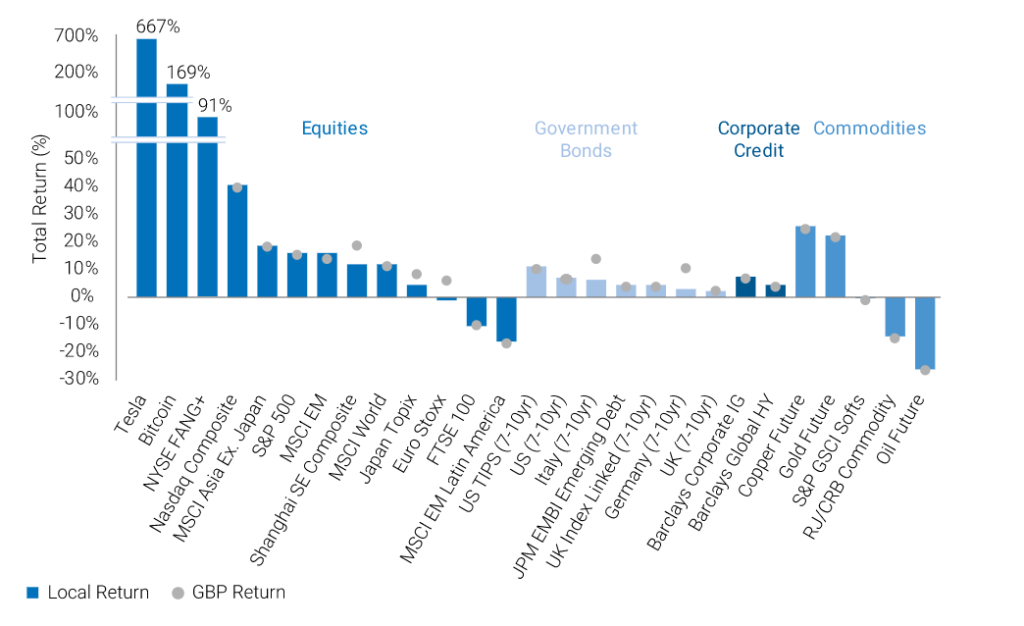 Then the virus struck. As it swept across the globe, large swathes of the economy were closed down by government diktat. Numbers of new cases and fatalities from the virus led the national news in just about every country. Stock markets tumbled. Policymakers, with memories of the global financial crisis fresh in their minds, took actions that were big, bold and decisive. Never before has such massive economic stimulus been delivered so quickly. Huge increases in government spending, tax cuts and loan guarantees were combined with central bank intervention that went far beyond the traditional boundaries.

Forecasters were slow to recognise the scale of the recession and equally slow to appreciate the speed and scale of the bounce back. Charts of economic surprises, showing the degree to which releases differ from consensus expectations, went from record weakness to record strength. But equity markets were ahead of forecasters and began to recover at the end of March following action by the Federal Reserve and the reversal of technical selling.

This was followed by optimism that virus could be successfully suppressed. In China, new cases had fallen to very low levels; fresh outbreaks of the virus were isolated and swiftly dealt with. Lockdowns were eased and economic activity was recovering rapidly. By the summer, Europe appeared to be following a similar path. The US was having less success but the path to virus suppression seemed clear. That has now changed: China is the exception rather than the rule and the virus is once again threatening renewed recession even before economies had have yet to fully recovered from the last one. Yet the vaccine has brought genuine hope that the virus will be beaten, and that economic activity can recover fully during the course of 2021.

Financial markets have been dominated by these events. There has been wide divergence in returns across asset classes, within equities and at different times in the year. MSCI World equites may have returned some 13% year-to-date but by 23 March they had lost 38% of their value at the start of the year. Since then they have almost doubled. Limiting risk in the first period and adding to it in the second was the key to performance. Another, rather simpler, strategy was to buy and hold the familiar US mega-cap growth stocks. They outperformed during the bear market and the upswing, a rare phenomenon. Tesla was one of the most outstanding examples of the tech theme and now has a market cap of $0.6 trillion, roughly the same as the combined market cap of all other auto companies combined. $100 invested in the shares at the start of 2013 would now be worth $9,000.

One of the strongest supports for risk assets has been the decline in real interest rates: the yield on 10-year US Treasury Inflation Protected Securities declined by a full percentage point in 2019, and with a similar fall in 2020, now offers little more than -1% a year. Yields on their UK counterparts have also declined dramatically with the added spice of a proposed redefinition of the inflation index.

Massive uncertainty and negative yields boosted gold, which has outperformed most commodities, with copper and iron ore being exceptions. This in turn reflects the fact that 2020’s recession has been focused on services, with manufacturing relatively unaffected and construction enjoying a boom in many countries – the reverse of the normal pattern in recession. Oil prices were one of the weakest commodities.

By comparison, bond markets appear to have been havens of stability, in terms of the year-to-date returns shown in the chart. Yet they had their own excitement. The corporate bond market came close to collapse in March, saved by a huge effort on the part of the Federal Reserve. Our portfolio managers commented that there were few bids on the way down and few offers on the way up. Yet new issuance has broken records. Even the US Treasury market, the most liquid bond market in the world, went into convulsion in March with yields at the very long end of the curve gyrating violently. The world’s biggest buyers of government bonds have been central banks, turning conventional views of financial stability on their heads.

Throughout all this, most people have seen their lives, personal and professional, turned upside down. Medical science has come to the rescue in the most remarkable way. The world may never be the same again but 2021 should see a return to something much closer to normality.

Read more articles like this on our insights page

Steven Bell is a Managing Director, responsible for providing macro strategy input to a broader range of multi asset investment portfolios. He joined the company in July 2013 having run the GLC’s Global Macro programme for the previous seven years. Before that he was Global Chief Economist and Investment Head of the UK multi asset business at Deutsche Asset Management during his tenure 1984 – 2005. Steven began his career as an Economic Adviser at the UK Treasury and has degrees in economics from the London School of Economics and Stanford University, California.

The value of investments and any income derived from them can go down as well as up as a result of market or currency movements and investors may not get back the original amount invested.

Views and opinions have been arrived at by BMO Global Asset Management and should not be considered to be a recommendation or solicitation to buy or sell any companies that may be mentioned.

We make no warranties, representatives or undertakings about any of the content of this website (including without limitation any representations as to the quality, accuracy, completeness or fitness of any particular purpose of such content, or in relation to any content of articles provided by third parties and displayed on this website or any website referred to or accessed by hyperlinks through this website.

Steven Bell is a Managing Director, responsible for providing macro strategy input to a broader range of multi asset investment portfolios. He joined the company in July 2013 having run the GLC’s Global Macro programme for the previous seven years. Before that he was Global Chief Economist and Investment Head of the UK multi asset business at Deutsche Asset Management during his tenure 1984 – 2005. Steven began his career as an Economic Adviser at the UK Treasury and has degrees in economics from the London School of Economics and Stanford University, California.