Did GDP cause the climate crisis? 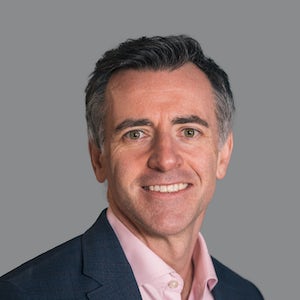 Moving away from GDP to measuring ‘net positive domestic product’ would be a quietly radical way for COP26 to address the world’s greatest sustainability challenges.

COP26 can help us to “escape the handcuffs of GDP”

Viewed in one way, the aim of COP26 is actually to figure out how to reverse the damage caused by almost a century of lazy accounting practices. Finding a way to account for the environmental and social damage that economic activity causes – putting a price on it – could lead to radically better policymaking.

Replacing outmoded accounting standards may seem a rather timid, rather bureaucratic way of effecting profound change. But ditching GDP (which is both a relic and enabler of the last century’s unsustainable economic system) and replacing it with a better measure offers a genuinely radical alternative to the ‘degrowth’ agenda proposed by Extinction Rebellion.

Although we agree with Extinction Rebellion’s diagnosis of the illness (the current system is unsustainable) we believe that its recommended cure runs the risk of killing us more quickly than doing nothing.

Instead, moving away from GDP to measuring ‘net positive domestic product’ could help the world to accelerate the process of positive change, particularly as it relates to the climate crisis.

GDP is a deeply flawed measure

Measuring economic success by gross domestic product (GDP) has been an environmental disaster. Most obviously, it is a poor measure of sustainable economic activity. For example, civil servants at the UK Office for National Statistics now spend part of their time estimating the value of the illegal drugs trade, primarily so that its value can be added to GDP.

Visualising (some of) the problems with GDP… 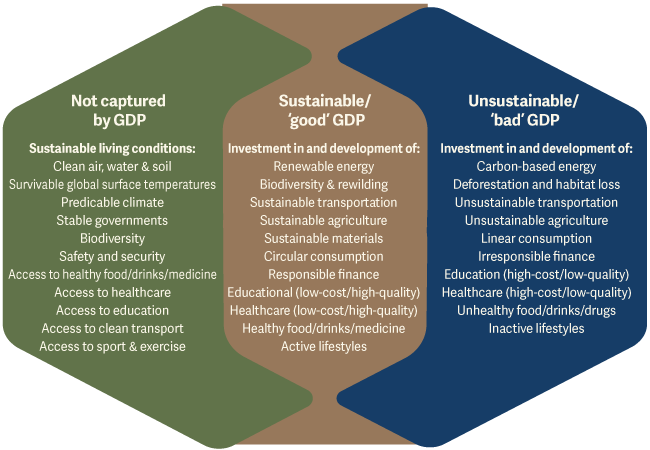 And it’s not just illegal activities that are placed on the ‘positive’ side of the GDP ledger.  Legal yet unsustainable trade in virtually all sectors of the economy – such as fossil fuels, polluting chemicals and tobacco – also contribute. The negative externalities associated with these industries are entirely ignored when the economic definition of success is summed.

"Distinctions must be kept in mind between quantity and quality of growth, between its costs and return, and between the short and the long term. Goals for more growth should specify more growth of what and for what."

The Nobel Prize-winning economist who codified the concept of GDP, Simon Kuznets, didn’t intend for it to be used as a barometer of economic success. As far back as the 1930s, he understood that for economic activity to be valuable, it needed to have a positive impact.

He felt that negative economic activities should be deducted from the gross sum to provide value to policymakers. But measuring impact was a challenge, so politicians and central bankers took the easy option. Rather than measuring net positive domestic product, gross domestic product, GDP, was adopted in the US in 1934; at the Bretton Woods conference in 1944 it became the global standard. The result has been a disaster.

Why things can – and should – change now

In the era of big data and machine learning, measuring net positive domestic product is more achievable in practical terms than it was in the 1930s. Lazy accounting can no longer be excused by a lack of information or processing power. It’s time for policy makers to start measuring the quality of growth, the costs of growth and then start asking the tough question: growth of what and for what?

Putting an appropriate price on negative activities will create incentives for the world to a) stop doing them and b) start doing something positive instead. Over time, this can help correct the social, environmental and economic ledger.

Why the ‘right type’ of growth beats ‘degrowth’

The understandable fear of degrowth activists is that change won’t happen fast enough. But in our eyes, degrowth is an overly simplistic negative-sum framework – it rests on the mistaken assumption that future growth will look exactly like historic growth.

We believe degrowth would be unpopular with voters, difficult to pursue in a democracy and therefore likely to create political instability. That in turn, would slow change and perpetuate the status quo. This is the opposite of our positive-sum vision. We believe the advocates of degrowth are presenting the world with a false dichotomy: the choice we face isn’t a binary one between less economic activity on the one hand and environmental degradation on the other.

Fortunately, the world has technology and the wonder of compounding through exponential growth on its side.  We believe that most of the technologies we need to achieve net zero while also pursuing net positive economic growth already exist. Some are already cheaper than their greenhouse gas-producing alternatives; others soon will be. That will drive exponential growth in adoption.

Solar power, wind power and battery energy storage are just three examples of technologies where prices are falling rapidly and being rapidly adopted. We expect them to utterly transform the global energy and transportation sectors over the next 15 years.

The cost of sustainable energy is failing rapidly, to levels comparable with (or even below) those of fossil fuels 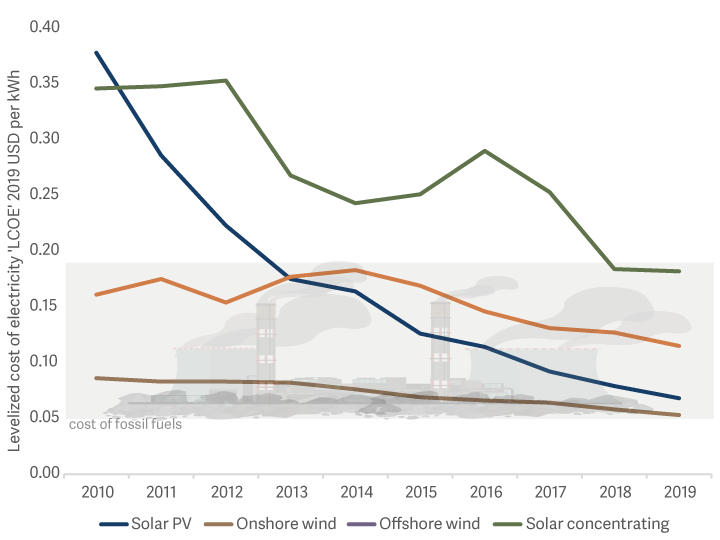 The beauty of new technology is that when production is scaled up, efficiencies tend to bring down per-unit costs at a predictable ‘learning rate’ every time cumulative production doubles.

This is referred to as Wright's Law and it can be applied to many historic examples of industrial advance, from the Model T Ford through to toasters. Although the learning rates (how quickly prices fall as production expands) differ by product, we should all be very grateful that Wright’s Law clearly applies to solar photovoltaic power, wind turbines and lithium-ion batteries.

The price of solar photovoltaic (PV) modules is shown here measured in US$ per Watt. This steady decline illustrates the ‘learning curve’ as production has increased and become more efficient. 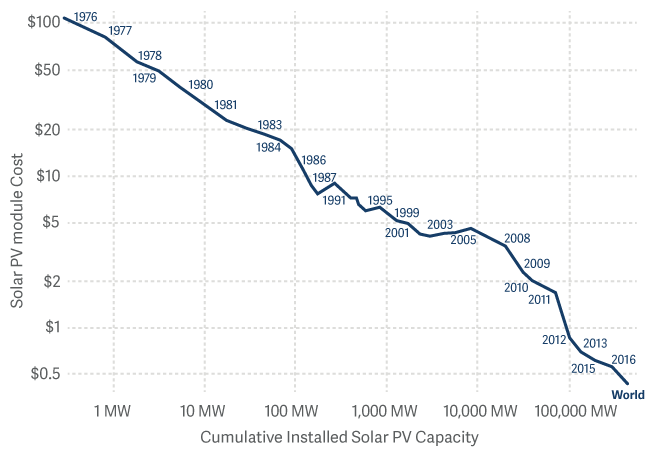 It is thanks to Wright’s Law that we are moving away from a world of ‘green premiums’ – where consumers have to pay extra for zero-emission alternatives – to one of abundant ‘green discounts’.

Regardless of the outcome of COP26, we believe the vast majority of future growth will occur on the positive side of the economic ledger, with activity that has a negative impact declining much faster than most (linear) forecasters expect.

How COP26 can help

We desperately hope that the agenda of COP26 isn’t hijacked by lobbyists working on behalf of certain vested interests. Some of the posited solutions to the climate crisis, including carbon capture and storage and the use of so called ‘blue’ or ‘grey’ hydrogen, are highly questionable and would bolster fossil-fuel incumbents and slow our progress away from the status quo.

What we do hope, however, is that COP26 helps to accelerate this necessary transition away from fossil fuels by making a definitive move to measure, price and appropriately account for externalities.

In the era of big data and machine learning, measuring our net positive domestic product is more achievable than ever before. Lazy accounting can no longer be blamed on a lack of information. In the words of Mr Kuznets, it’s time for policymakers to start measuring the quality of growth, the costs of growth and start asking growth of what and for what? It may be 36 years too late for Mr Kuznets to see it, but we are sure that net positive domestic product will grow a lot faster than its gross equivalent from here.

Alongside Neil Goddin, Jonathan Parsons and Ryan Smith, Craig is part of Artemis’ impact equities team and co-manages global equity funds focusing on positive impact, a field he has specialised in since 2008. Craig joined Artemis in 2020 from Kames Capital, where he co-managed significant assets, including the Kames Global Sustainable Equity Fund. Following a BSc and then an MSc, in 2002 Craig became an assistant investment manager at Gerrard Private Clients in Edinburgh. He then worked as a fund manager at Alliance Trust, Kleinwort Benson and SWIP before joining Kames in 2014.