Japan after Abe: the political impact of a shocking tragedy 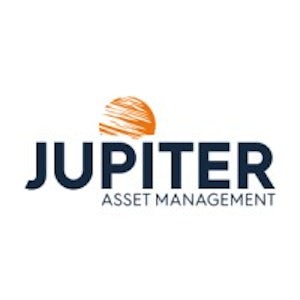 When Shinzo Abe resigned for the second time as Japan’s Prime Minister in August 2020, we published a note detailing his achievements and failures in office and the likely effects of his political departure.[1] What we failed to note was the extent to which Abe would become a shadow shogun of Japanese politics, exerting influence behind the scenes.  But now Shinzo Abe is dead, shot and fatally wounded whilst on the campaign trail in Nara ahead of Upper House elections.  As distasteful as it may feel, we need to consider the potential implications of this shocking event.

It goes without saying that ramifications of the murder of a prominent politician will be primarily political.  The ruling Liberal Democratic Party (LDP) hardly needed to shore up its support, so unassailable was its position versus rivals, but the events of Friday must surely have contributed to Sunday’s commanding performance in the Upper House elections.  Needless to say, the candidate in Nara whom Abe was supporting when he was killed, was successful in his bid to make Japan’s Upper House.[2] A change of government was never at stake in this election, but for the LDP and its coalition partners to retain a majority will make PM Kishida’s parliamentary life much easier. It is a macabre paradox that a political assassination may actually increase political stability.

Whilst the LDP may have gained even more parliamentary power in the last few days, it has lost one of its biggest thinkers and most persuasive policy advocates in former PM Abe.  The current Prime Minister, Fumio Kishida, is seen as a grey blur in comparison.  His call for a “new capitalism” has been criticised as lacking originality and detail.[3]  When specific policies have been floated – such as a proposed increase in capital gains tax – investors have been spooked.  Abe was credited with pouring cold water on this and other rash policies before they could do any real damage.

Perhaps the near-term risk for markets is that, without Abe’s counsel, PM Kishida’s policy agenda could become unmoored from the generally pro-business norm which has held since 2013.  Offsetting this could be a greater freedom for Kishida to prosecute policies which could be genuinely beneficial, such as the restarting of more of Japan’s nuclear power plants.[4]

Most commentators are focusing purely on the LDP’s strengthened mandate to push through policy promoted by Abe, given the strong showing in the Upper House election, but this may not tell the whole story.  In the absence of Abe’s staunch advocacy, there is a chance that the movement towards constitutional reform, specifically regarding Japan’s stance on projecting military power, could lose steam.  Whether this would be a good or bad thing depends upon one’s politics, views on global leadership and preferences for

dealing with the US and China.  Undisputable is that Abe was unwavering in his support for the US-Japanese relationship – he even nominated President Donald Trump for the Nobel Peace Prize. [5]  Meanwhile, he was a renowned hawk on China, as China was on him not least because of his family’s complex history with that country.[6]

Given growing transnational tension, a major about-turn in Japanese policy is unlikely; the proposed increase in defence spending from 1% to 2% of GDP should be expected to be fulfilled, but Abe’s murder sows a small seed of uncertainty.[7]

Could the Bank of Japan become less predictable?

Another of Abe’s great projects, to stimulate better use of the country’s stock of capital by its corporate sector, seems unlikely to be greatly affected by his death.  The nationalist rationale for this seemingly pro-shareholder agenda – that a better use of capital leads to a healthier economy and a stronger Japan – is sufficiently popular to be self-sustaining, or so we hope.

Abe had also been a major driver behind the Trans-Pacific Partnership, the proposed trade agreement between Japan, the USA, Australia and other Pacific nations.  The scheme was downgraded and renamed the Comprehensive and Progressive Agreement for Trans-Pacific Partnership (CP-TPP) when the US pulled out under President Trump.  In an era of fracturing international relations and regionalisation, little attention is paid to CP-TPP or other collaboration but the passing of a major international advocate of free trade like Abe can only be seen as a bad thing.

From a purely economic perspective, perhaps the most impactful of Abe’s decisions was in hiring Haruhiko Kuroda as Bank of Japan Governor in 2013.  Kuroda’s term is set to end in April 2023 and speculation regarding his replacement is already rife.  Neither of the front runners (Masayoshi Amamiya and Hiroshi Nakaso) would represent a significant change in stance, though both would likely be more measured than the ultra-dovish Kuroda.  However, as rising energy and food costs are compounded by the weakening of the yen, much to the consternation of Kishida and his allies, a more hawkish option could emerge.  Without Abe to snuff out such a run, the policy direction of the Bank of Japan may be less predictable from next year than many have been assuming.

How will Japan process this trauma?

At the time of writing, little has been confirmed regarding the motive for Abe’s killing, though local press are reporting that the killer held a grudge against a specific religious group, with which he associated Abe, because of a ruinously large donation made to it by the killer’s mother.[8]  Either way, there is no doubt that the events of Friday 8th July will provide a lasting trauma for a country rightly proud of its reputation for public safety and order.  Politicians and the public will be seeking answers for why a man would kill a famous former PM with an improvised firearm and how this might be prevented in the future.  In such moments, governments can feel compelled to act.  We only hope that they think first.  Unfortunately, the equity market offered little example for cool-headedness; we winced at the 17% intraday move in micro-cap Secure Inc.’s share price – the company makes bullet-proof vests.[9]

In writing this piece we are taken by the frequency of our use of ‘may’ and ‘could’, for in truth little is clear about the implications for investors – if any – of the murder of Shinzo Abe, save for a further unwanted injection of uncertainty.

The value of active minds – independent thinking: A key feature of Jupiter’s investment approach is that we eschew the adoption of a house view, instead preferring to allow our specialist fund managers to formulate their own opinions on their asset class. As a result, it should be noted that any views expressed – including on matters relating to environmental, social and governance considerations – are those of the author(s), and may differ from views held by other Jupiter investment professionals.

Important Information: This document is intended for investment professionals* and is not for the use or benefit of other persons, including retail investors, except in Hong Kong. This document is for informational purposes only and is not investment advice. Market and exchange rate movements can cause the value of an investment to fall as well as rise, and you may get back less than originally invested. The views expressed are those of the individuals mentioned at the time of writing, are not necessarily those of Jupiter as a whole, and may be subject to change. This is particularly true during periods of rapidly changing market circumstances. Every effort is made to ensure the accuracy of the information, but no assurance or warranties are given. Holding examples are for illustrative purposes only and are not a recommendation to buy or sell. Issued in the UK by Jupiter Asset Management Limited (JAM), registered address: The Zig Zag Building, 70 Victoria Street, London, SW1E 6SQ is authorised and regulated by the Financial Conduct Authority. Issued in the EU by Jupiter Asset Management International S.A. (JAMI), registered address: 5, Rue Heienhaff, Senningerberg L-1736, Luxembourg which is authorised and regulated by the Commission de Surveillance du Secteur Financier. For investors in Hong Kong: Issued by Jupiter Asset Management (Hong Kong) Limited (JAM HK) and has not been reviewed by the Securities and Futures Commission. No part of this document may be reproduced in any manner without the prior permission of JAM/JAMI/JAM HK. 29254

[2] Abe’s grandfather, Nobusuke Kishi, was nicknamed “the Monster of the Shōwa Era” for his time as a top administrator in the Japanese puppet state of Manchukuo, later a minister in the wartime Tōjō government and a suspected Class A war criminal held at Sugamo Prison.  In the late 1950s he became Prime Minister of Japan.

[7] Kishida Fumio’s “new capitalism” is many things, but it is not new | The Economist

Dan has a degree in economics and economic history and is a CFA® charterholder.

Mitesh has a BSc in Investment & Financial Risk Management and is a CFA® charterholder.