MMT – a magic money tree, or the real deal? 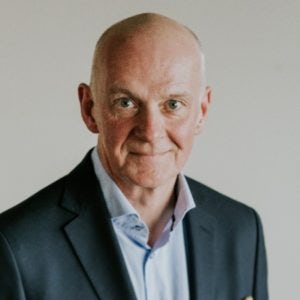 After a decade or more of central bank fuelled quantitative easing with little apparent impact to global inflationary pressure, we have witnessed Modern Monetary Theory [MMT] being discussed more.  It is possible the adoption of aspects of these economic policies are becoming more likely by western governments - fighting the fallout from the pandemic is being treated like wartime from an economic standpoint.  In this article we take a closer look at MMT and how it operates at an economic level.

In July 1944 at the famous Bretton Woods Conference in New Hampshire the US dollar was recognised as the de facto global reserve currency.  Exactly fifty years ago President Nixon ended the so-called gold standard – whereby the USD had been directly linked to the value of gold.  From this point forwards the USD would become a fiat currency – meaning issued by the state and backed by the state.

The world of economics can be complex, add-in myths and misunderstandings and the resultant cocktail is unpalatable, making clear understanding less than straightforward.  To understand MMT we should focus on 2 simple categories.  Currency users and currency issuers.  Currency users would include private individuals, companies, local authorities, and countries who do not have their own sovereign currency – such as Spain, Greece and others within the Eurozone and others who have chosen directly to link or “peg” their currency to another.  Some emerging market countries link their currency to the dollar for example.  Currency issuers have their own sovereign currency backed by the state – such as the United States, United Kingdom, China, Japan, Australia, and others.

The way a nation raises finance for projects and expenditure is of course through the issuance of government bonds such as Gilts, Treasuries and Japanese Government Bonds [JGBs].  Debt issued by a currency issuer is considered lower risk than that issued by a currency user, although other important risk factors are of course considered.  A currency issuer may issue more debt or buy back and cancel debt at any time, a currency user is much less able to do so.  Likewise, a currency issuer does not run a risk of being unable to meet the debt servicing costs [they simply create more money], but a currency user always runs the risk of going bust – Greece springs to mind, although the country was ultimately bailed out by the EU who imposed strict austerity measures. 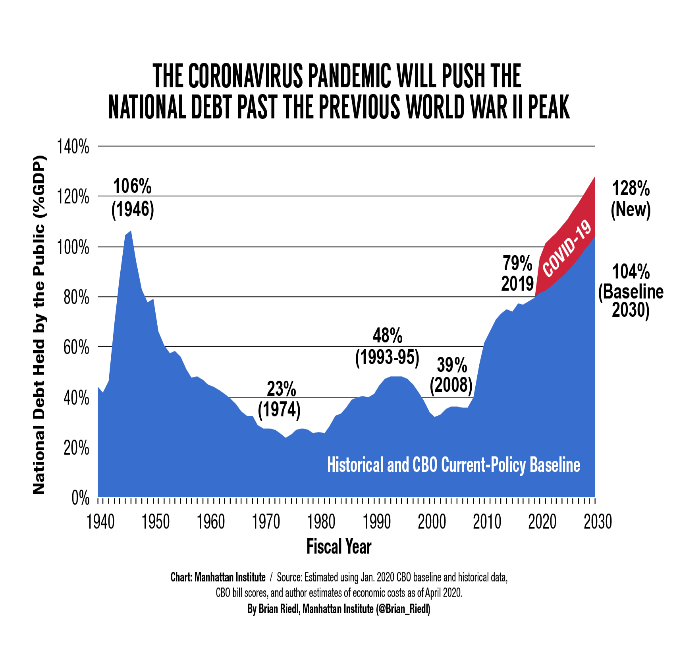 In many cases running a deficit as it is known, can be positive for economic growth but of course there naturally comes a time when too much debt can become troublesome.  Many of us might be afflicted by “mega numerophobia” when considering the sheer extent of debt now expressed in the trillions of dollars!  In the case of the United States the number stands at $28 trillion and is set to expand further.  The website www.usdebtclock.org shows US debt expansion in real time – the mind certainly boggles when regarding the numbers onscreen.  The US Treasury is of course, as a currency issuer, able to reduce or delete the debt entirely.  There have been periods in history when this has occurred, but interestingly, economic hardship has resulted in following years on each occasion.  Where governments borrow money to invest in various projects and as a result GDP growth expands, the debt will be eroded over time, and vice versa where GDP levels fall lower than the debt servicing costs.

In wartime, not unlike a pandemic, there is often a need to expand a nation’s debt to fuel a recovery and to create a so called “New Deal” as President Eisenhower phrased it in the post-World War 2 era and a “Green New Deal” as President Biden phrases it in 2021.  The cost of borrowing is a concern and therefore keeping interest rates and the yield on government bonds within tolerable limits, and lower than GDP growth levels is important.  In 1942 the Federal Reserve effectively capped treasury yields at 3/8%.  This was achieved by the Fed controlling yields by market intervention.  This same feat has been achieved in Japan for the past decade.

So, what is the possible issue with this approach?  This can perhaps best be highlighted by reference to a conversation between President John F Kennedy and a Treasury Advisor, James Tobin in the early 1960s.  JFK asked “…but is there any economic limit on the size of the debt in relation to income? There isn’t, is there?”  James Tobin replied, “The limit is inflation”.  JFK ended, “That’s right isn’t it.  The deficit can be any size, provided it doesn’t cause inflation. Everything else is just talk.”  The US “Moon Shot” project resulted thereafter and man first walked on the moon some years later in 1969.

Controlling inflation is directly linked to the level of unemployment in an economy.  Wages and prices tend to increase at an accelerating rate the closer to full employment a nation gets.  Full employment is considered to be where just 2% of the workforce is unemployed.  All central banks use a methodology known as Non-Accelerating Inflation Rate of Unemployment [NAIRU] to measure the proximity of inflation.  This is more of an art form than a science and there are many cases in history when central banks have raised or cut rates inappropriately, usually around a point at which unemployment is circa 5% and inflation targets, usually 2%, are breached.  These policy errors can be hurtful to markets as well as economies.  More modern scientific approaches to identifying the proximity of inflation are increasingly being deployed, such as Capacity Utilisation where it is possible to arithmetically calculate when an economy is reaching full capacity – beyond which lies inflation.  In this regard, MMT exponents rely on a balanced economy operating at or close to full capacity rather than a balanced budget with resultant unemployment and cyclical booms and busts.  This puts them at odds with mainstream neo-liberal economic thinking whose ideas are much more concerned by rising levels of national debt and balancing government (federal) spending over an economic cycle.  For governments with fiat currencies to just print (creating with a few keystrokes in today’s world) as much money as they need to spend because they cannot technically go broke or insolvent, unless a political decision is taken to do so, is seen by many as fiscally irresponsible.  But for believers in MMT, large government debt is not in itself a prelude to collapse and indeed too small a deficit or surplus can be harmful and lead to recession since deficit spending is what builds people’s savings.

So, MMT is perhaps an adaptation of the Keynsian approach and one which relies upon the adopting nation being an independent sovereign state of some scale with its own fiat currency in issuance.

When looked at through the lens of an asset allocator it is important to understand which economic principles are being deployed, particularly by the major economies, and how they may impact asset class performance for the benefit of our clients.

John is an active investor and board director with over 35 years experience, following a highly successful career in the City of London spanning senior executive roles on both the sell and the buy side at major investment banking and asset management firms.

John forged his career in the City as an Economist and Investment Strategist in the mid- to-late 1980’s and 90’s quickly rising as a top rated analyst (Extel) and Global Head of Research, with NatWest Markets and then ING Barings. The 2000’s saw John take responsibility for driving business with asset managers at Deutsche Bank and then ABN AMRO, before taking on the role of Chief Investment Officer, with responsibility for over £23 billion in assets, for Capita Financial Group, one of the largest asset management firms in the UK.

We make no warranties, representatives or undertakings about any of the content of this website; including without limitation any representations as to the quality, accuracy, completeness or fitness of any particular purpose of such content, or in relation to any content of articles provided by third parties and displayed on this website or any website referred to or accessed by hyperlinks through this website.

John is an active investor and board director with over 35 years experience, following a highly successful career in the City of London spanning senior executive roles on both the sell and the buy side at major investment banking and asset management firms. John forged his career in the City as an Economist and Investment Strategist in the mid- to-late 1980’s and 90’s quickly rising as a top rated analyst (Extel) and Global Head of Research, with NatWest Markets and then ING Barings. The 2000’s saw John take responsibility for driving business with asset managers at Deutsche Bank and then ABN AMRO, before taking on the role of Chief Investment Officer, with responsibility for over £23 billion in assets, for Capita Financial Group, one of the largest asset management firms in the UK.