Paraplanner profession in rude health; but, paraplanners feel they can do more 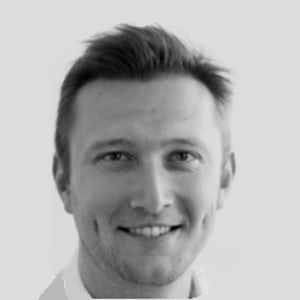 Embark Group (Embark) has taken the pulse of paraplanners and found the profession in an exceptionally positive mood. Conducted in association with Research in Finance, the survey found that paraplanners feel valued by their firms, confident about the future of the advice market, and positive about paraplanning as a career. However, despite the confidence with which paraplanners view their future, many feel they are capable of adding more value to their firms than they are currently able to.

Of those surveyed, 82% agreed that they were confident about their future in paraplanning. This confidence was underpinned by the 85% of paraplanners who see paraplanning as a career in its own right, while only 13% viewed it as a route into a career as an adviser. This is a convincing result that should remove lingering doubts over the standalone value of the paraplanner role.

This result could be in part be due to a change in the way paraplanners are being perceived by the industry, with three quarters of those surveyed stating that their firm sees them as essential support for advisers. Moreover, the vast majority (88%) feel that their firms in general better value their paraplanners now than in the past.

However the picture is significantly less certain when it comes to their relationship with clients. Only 29% of those surveyed who were client facing felt the role of a paraplanner was appreciated by clients, with the rest either unsure (32%) or felt they didn’t appreciate the role (39%). This could be a function of how the paraplanner is introduced to the client, or perhaps the client doesn’t always get an accurate sense of how much the paraplanner has contributed to their advice package.

Possibly as a result of the high levels of appreciation by their firms, and excellent relationships with advisers, the paraplanners surveyed exhibited extremely high levels of confidence in the future of the profession (92%), and the advice industry (88%) in general.

This confidence makes for an interesting comparison with the most recent edition of the Embark Investor Confidence Barometer, a twice yearly survey of advisers and advised and non-advised consumers. The latest Barometer published in March found that only 70% of advisers were confident in the future of the advice industry. This could reflect justifiably greater concerns among adviser than paraplanners over growing costs and competitive threats.

Ranila Ravi-Burslem, Intermediary Distribution Director, Embark Group, commented: “It’s great to see paraplanners report such strong engagement and confidence levels. Confidence can also be a function of age, of course. And with an average age of 39 – compared to a financial adviser in their mid-50s - paraplanners may be justifiably more confident in certain areas – for example, in dealing with younger demographics.

The fact that 9 out of 10 paraplanners feel able to challenge their adviser’s recommendation is fantastic - perhaps this stat more than any other shows how far paraplanning has come. While those conversations might be difficult, they should ultimately strengthen the advice process, especially when getting to an optimal client solution can be an iterative process.”

In recent years, paraplanners have been moving up the financial value chain, contributing to areas like research, analysis, and advice. The survey suggests there is more mileage in this trend since paraplanners feel like they have more to give to their firms. In particular, they identified systems / technology expertise (35%), technical analysis (31%), and advice recommendations (31%) as areas where they could add more value.

Although paraplanners are confident in their ability to add more value to their firms, they identified a number of obstacles preventing this. Over half (57%) of those surveyed stated that their workload was the main barrier, whilst 27% said their company structure prevents them from adding further value. Technology could hold the key to this. Over a third (36%) of paraplanners surveyed stated that investment in better/more technology is one way firms could be more supportive of their role. When it comes to technology, the dream state for paraplanners is seamless connectivity between systems that allows information to flow smoothly between the research, analysis, and report writing aspects of their roles.

Despite widespread concerns over automation, only 15% of those surveyed feared the negative impact that technology might have on their role in the future. Rather, as the principal users within firms, paraplanners generally see technology as an enabler rather than a threat. Three quarters of paraplanners believe the technology they use helps them to deliver better advice to clients.

Read the results from our Paraplanner Survey here

The survey was conducted by Research in Finance (publisher of Professional Paraplanner magazine) in May 2022, and seeks to provide useful insight into paraplanners’ working lives, as well as identify the opportunities and constraints for paraplanners in their working environment. 332 paraplanners were surveyed across both adviser firms and discretionary firms, as well as outsourced paraplanners.

Embark Group is a fast growing, diversified, financial services business and one of the leading retirement solutions providers in the UK. The Group trades under the brands Embark, Advance, Horizon, Stocktrade, Vested and The Adviser Centre and operates a wide portfolio of white label services to the Wealth Management, D2C, Robo-Advice, Retail Banking and Workplace markets.

Providing a combination of deep pension expertise and leading technology integration that cover the areas of Investment Platform, Brokerage, SIPP, Multi-Asset Funds, Fund Research and Employee Benefit Consulting, Embark works closely with financial advisers and its intermediary distribution partners to deliver their retail savings and investment propositions to consumers of all levels of affluence.

The Group has more than £36.2bn in assets under administration on behalf of c360,000 consumer clients, operating across seven UK locations (London, Bolton, Dundee, Edinburgh, Leeds, Leicester and Swindon). Embark has been recognised as one of the most innovative Wealth Tech companies for the past three years.